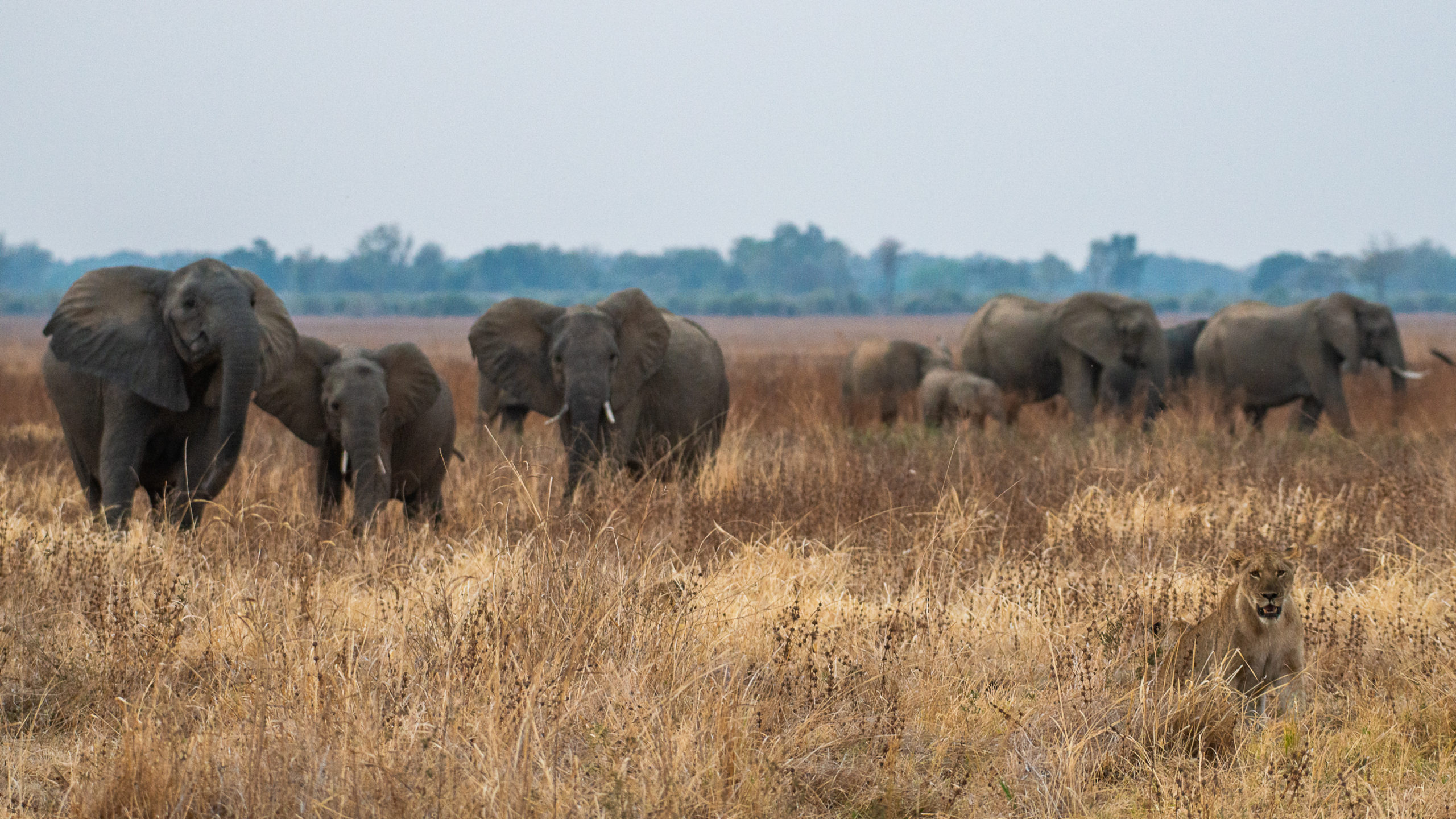 September has certainly brought the heat. The temperatures have risen and the game viewing action heated up significantly. We’ve had some pretty amazing highlights which we’d love to share with you.

Alex has been enjoying several sightings of lion, leopard and elephant during his explorations around Takwela. The sightings have been great even with game viewing loops and walking trails into new areas. The biggest highlight this month was none other than an aardvark. This marks our first aardvark sighting at Takwela and hopefully it’s the first of many.

Having access to new wilderness in the North Luangwa has enabled us to explore amazing natural springs just 15min away from Takwela Camp. The springs are hubs for abundant bird life offering unique birding opportunities in the North Luangwa. They also offer an alternate water source to the river for all other wildlife in the surrounding area, both predator and prey.

Talking about predator and prey, we had an incredible predator-prey interaction at Tafika this month. September is generally a high action month but this sighting was quite something. On one night drive, Bryan (guiding) and Nick (spotting) came across 9 lions with a herd of buffalo nearby.  The lions pursued the buffalo, taking down two calf. The buffalo attempted to rescue their kin but in the confusion, one calf was saved with another 4 being taken down. After much resistance from the buffalo, they eventually retreated and left 5 young buffalo in the claws of the pride. Although it was a gruesome sighting, it was phenomenal to see such an interaction take place and to be the only vehicle there!

This young cub was relentless and never let go of this calf despite being intimidated by several large buffalo.

The next morning a baby elephant was also found amongst the fray so who knows what happened after we left the previous night. All of the buffalo (save one which was stashed under a bush) were eaten by the next morning and their skeletons were quickly being scattered into the rhino thistle shrubs.

It’s not all doom and gloom, September also marks the birthing time of two of Luangwa’s seasonal breeders: vervet monkey and warthog. We have suddenly been surrounded by little vervet monkeys with just about every female donning a tiny bundle and spotting tiny tufts on erect pumba tails darting away after their mother through the grass.

Although at this time of year it’s hard to imagine, but it’s not always easy for predators. A case in point is Pink nose’s last cub who is now growing into a strapping young adult leopard. Although he’s in great condition we’ve noticed that his right eye is actually blind which will present quite a challenge as a solitary hunter going forward.

Out on the Trails

The Chikoko Trails walking area has been frequented by lion prides and huge herds of buffalo. Several sightings of both species together make for great viewing – especially on foot! One afternoon Amon and his walk watched a herd of parched buffalo come down to drink at the river only to be met by a smug pride of lions who gave chase. On this occasion the buffalo were victorious.

On another occasion Moffat successfully tracked lion during his morning walk only to come across several wild dog half an hour later. The painted pack that have been patrolling our walking area don’t seem to have any pups with them but it’s still great to see them bounding past while on foot.

Pursuing the big stuff doesn’t mean you can’t “smell the roses” while out on foot and all creatures, big and small, are always appreciated.

In-camp visitors are just more and more frequent these days. Elephant, puku, impala, ‘herds’ of bushbuck, leopard and several resident birds are seen from camp or from our hides. Commonly sighted species include this little sparrowhawk and black-headed heron.

Our entrance arch is certainly being tested by all shapes and sizes. This guy tried to sneak out during lunch after munching on our leadwoods at Tafika – a slightly misjudged exit! He used the same route a few days later, this time with more success. It’s like they say – elephants never forget ; )

Our school pupils prepared for their last term of the year and came in to get their final cheques. We were extremely happy to hand out a calculator to every pupil at the same time – this was thanks to very kind donations from our guests. Thank you! Our university students have already returned and are studying hard to make the most of their time before exams. We wish them well for their final term!

September seems to have been a real birthday month. We’ve had a whole bunch of birthdays in camp which we celebrate with beautiful Zambian harmonies and a slightly adjusted version of your usual ‘Happy birthday’. It’s a highlight and I suspect we enjoy it a bit more than the birthday baby! To everyone that had a birthday recently – we hope it was a goodie and best wishes from the Remote Africa team.