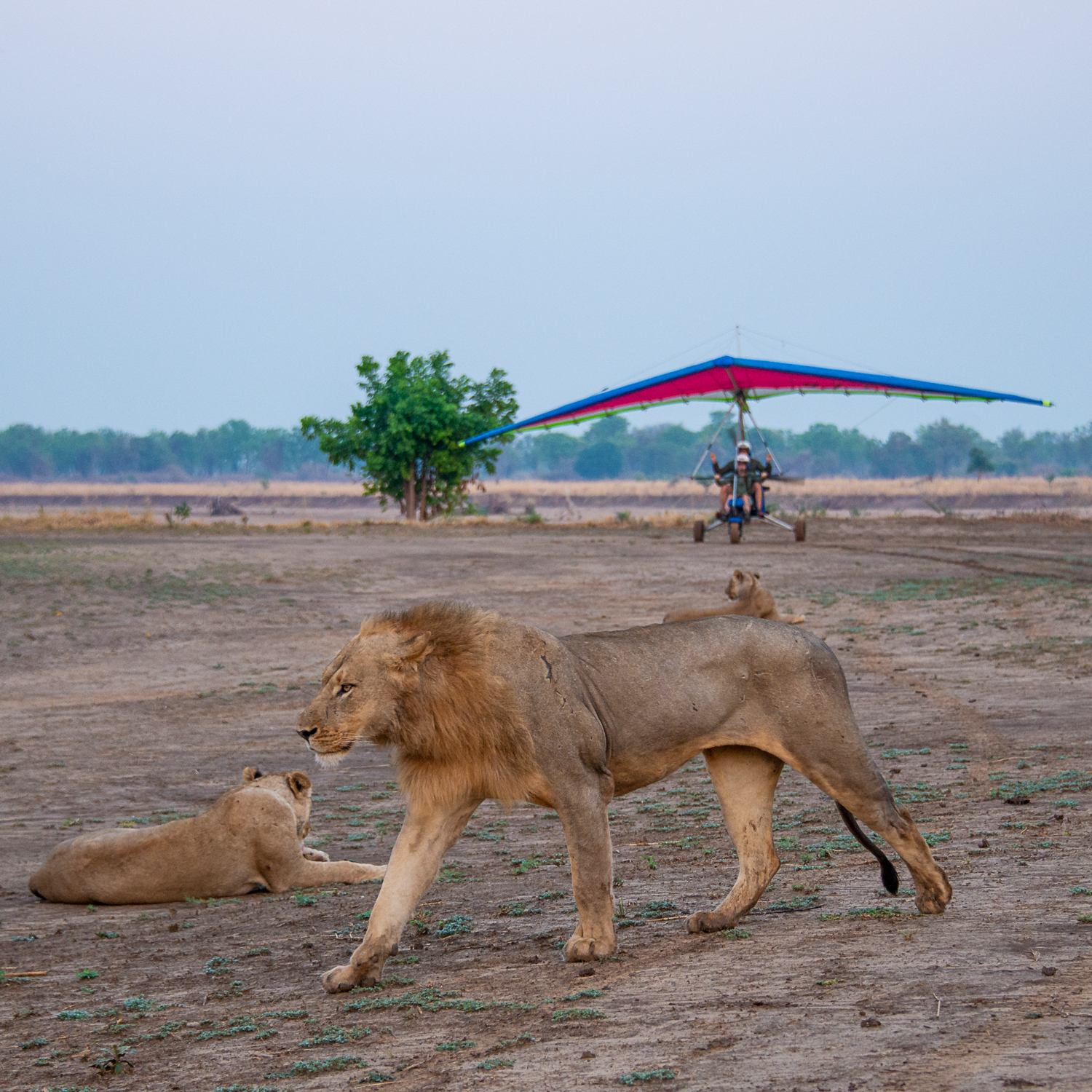 Tafika Camp office has a stunning old photograph of John Coppinger in his microlight with a lion sitting on the bank, looking on. I have always admired this photographed and wondered at how intimately the lives of the wildlife in the Luangwa are entwined with the communities and tourists that venture along the valley floor.

October and November seems to be a time of year where the lions are particularly prevalent in and around Tafika. This year has been no different. On this particular morning, John and Jen got into the microlight to do a quick flight over the Chikoko Trails walking area, since these camps had been packed up for the season.

Upon taxying to the microlight airstrip, John and Jen came across a pride of lions which had decided to end off their night on the airstrip. Reluctant to move off with the microlight doing its warm ups before take-off, they decided to take flight. The male was having none of it and he moved off to join his brothers, and the rest of the females on the edge of the strip. The females remained unmoved.

The one female which was lying just off center of the runway got up once the microlight started to roll and, not scared at all, curiously looked up at the wing-tip. At one stage it looked poised to playfully jump and swat at it, in a game of cat and mouse.

Once airborne, the lioness nonchalantly waltzed to the end of the runway to do nature’s business and watch the microlight glide off into the distance.

Clearly unphased by the activities of the morning, the pride of 9 lions took up their places on the runway once more with the microlight having to fly over the top of them to land on the further end of the airstrip. When John and Jen turned to taxi back to camp, the lions were all quite contentedly lying in the sun and remained this way as they taxied around the lions to head back to camp for breakfast.

This is the kind of story that you hear about from the good old days, and it was just SO exciting to be able to witness this fine interaction between humans and wildlife, and to catch it on camera. It is proof that with the right attitude and healthy respect for the environment and wildlife, people can happily co-exist with even the most powerful animals.

These lions were seen around camp until the team packed up for the season and headed out of the valley.