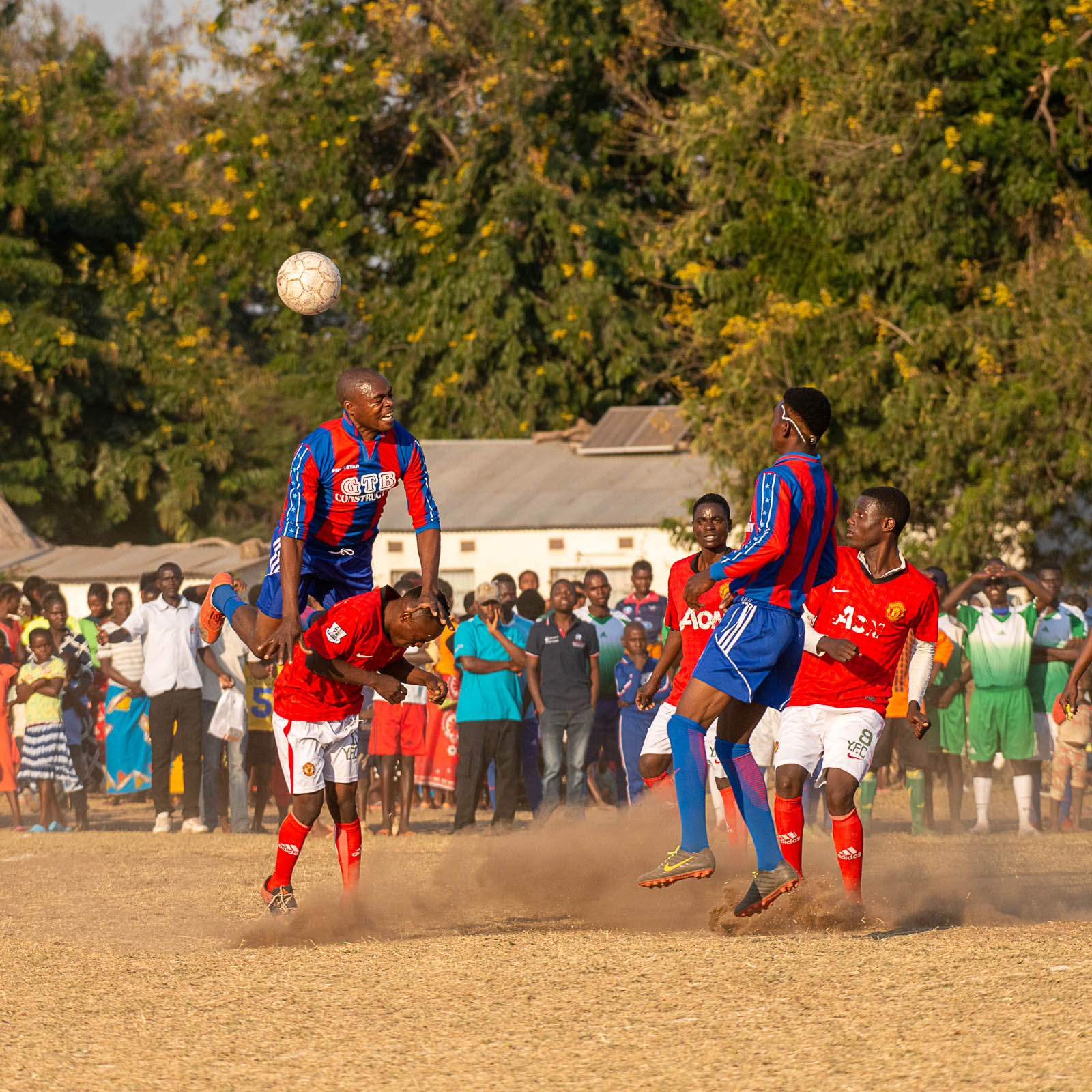 Remote Africa Safaris decided to run the Football for Wildlife initiative, as part of the Tafika Fund, in 2015 having been inspired by the late David Back. The objective of the League is to build awareness and enthusiasm for wildlife conservation over a wide reach of the Luangwa valley residents through their abiding love of soccer.

This initiative is jointly managed by Remote Africa Safaris’ in-house taylor, Jimmy Sakhala. This league is constituted of four women’s and four mens teams each, from South Luangwa and North Luangwa. The separate parks play a round-robin format, with the table leader in each park playing a cross-park final.

During the league, each player receives a match-fee, along with the match officials and medics on standby for the games. This contribution goes a long way toward inspiring the economic growth of individuals in these remote communities, and aims to focus on the positive impact and relationship that tourism and our communities have. In recent years we have included a women’s league which has been incredibly well received by all.

Kits are sponsored to the teams, and generous regular guest donations of footwear enhance the atmosphere and bolster the excitement of the league.

In 2019, we had the Chitemwa Buffalos from North Luangwa win the ladies’ league, while the Chifunda Rhinos from North Park won the men’s league. Lots of work to do for the South Luangwa teams to bring the trophies back down south. A huge congratulations and thanks to Jimmy, Carol and Jen for making this league possible, as well as everybody that contributes to the Tafika Fund.

In recent years we have had individuals opt to sponsor a selected team for the duration of the league, with regular updates on the team progress being sent to sponsors.

If you are interested in finding out more about what the fund does, or how you can contribute, have a look at the Sustainable Tourism tab on our website, or contact us at jen@remoteafrica.com .