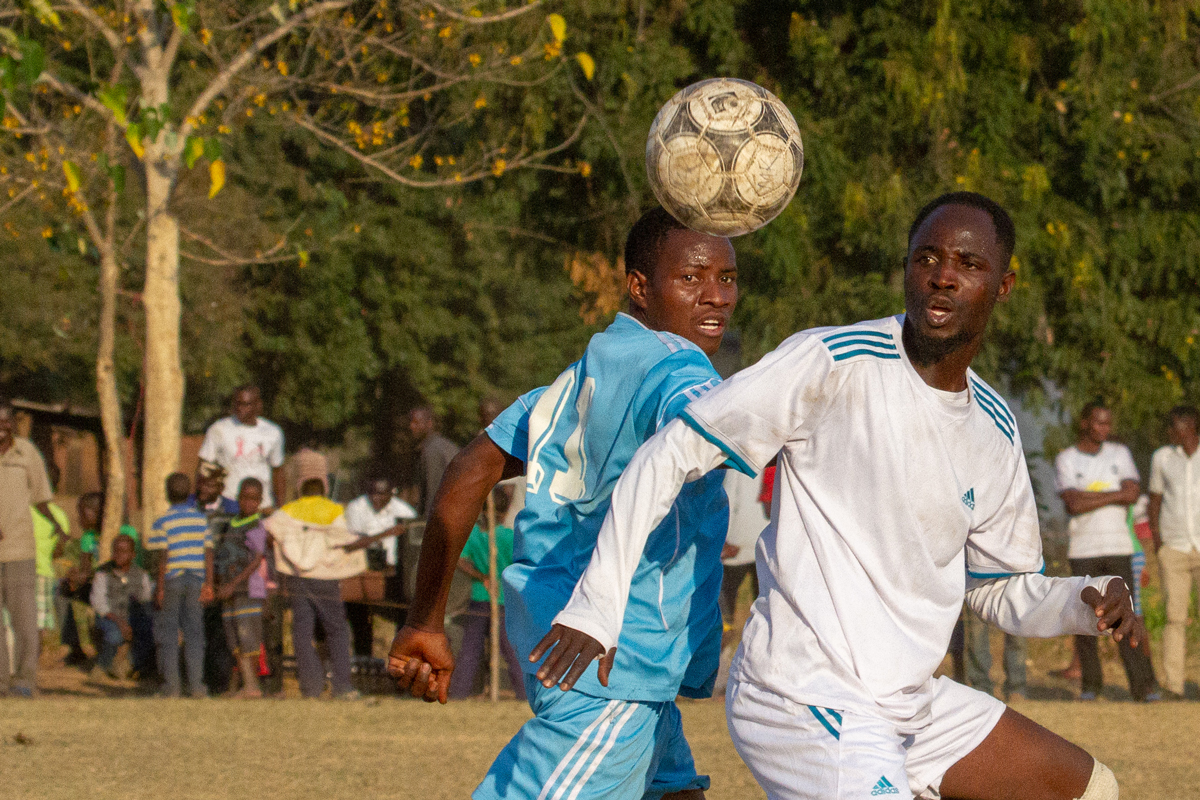 Football is the most popular sport in local villages around Zambia. If schools or families can’t afford to buy footballs, then they are made by binding together plastic bags till a roundish, ball-like thing has been made.

Football for Wildlife kicked off in 2016 offering a mens football league for different villages in the Mwanya and Chifunda districts and game management areas. The aim of the league was to encourage friendly competition between our local communities, create a platform for the people to channel their love for football, but most of all, to use the league to spread the word about conservation and its importance in the Luangwa.

Initially the league and its funding was initialed and bolstered by David Back, an past guide and Luangwa resident who moved to the UK but still has a love for the Luangwa and cherishes its occupants – both animal and human. Now, the league is primarily managed by Carol Coppinger through the Tafika fund with the help of some of Tafika’s longstanding staff.

In 2015, a woman’s league was introduced and for the first time in the Luangwa Valley, girls were playing football – And they were loving it!

2018 saw another successful year of ‘Football for Wildlife’ come to a close after 6 weeks with the two finals, for women and men, taking part on the 12th of August. This year the teams were thrilled with their lovely Nike and Adidas uniforms.

In the ladies final, the Chifunda Rhinos from the North were victorious over the Mwanya Wild dogs from the South. The victory came after a nail biting shoot out as neither team scored during the game.

In the men’s final, the Chingozi Lions from the North beat the Mkasanga Leopards from the South, who were the previous victors.

The victories were enthusiastically celebrated and the medal ceremony was an auspicious event which closed in a final speech from John Coppinger.

We trust the league continues to help the communities to work together, breeds friendly competitive spirit and most importantly, promotes conservation awareness and the preservation of the precious fauna, flora and environment of the Luangwa Valley.