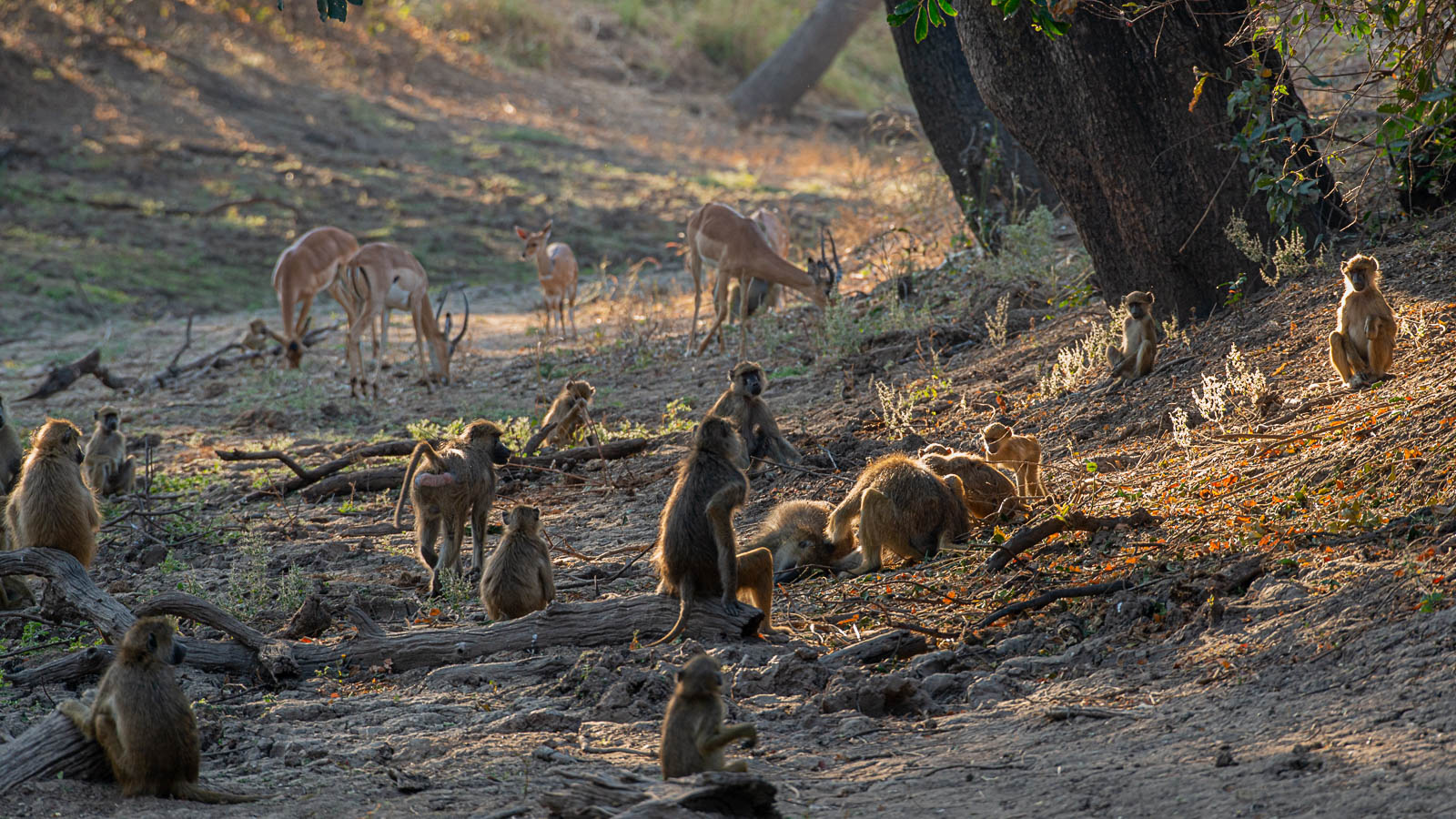 Yesterday’s afternoon drive held something new for me and guide, Mukupa Ben Zulu. After tea we headed out along the Tafika driveway. Mukupa had reported a dead baboon the previous afternoon which appeared to have fallen from a tree during a fight with a rival male, lying on the ground with bad wounds on its arms beneath a large muchenja (ebony) tree.

The morning drive had seen the baboon still lying in the same place, having not been picked up by any scavengers during the night. Mukupa slowed down when we approached the muchenja tree and we were greeted by the most moving scene. The golden afternoon light came in through the foliage of the ebony grove into a dry seasonal riverbed. In the background bushbuck and impala carried on foraging as per normal. In the foreground was a troop of baboons clearly mourning the loss of a significant member.

It is usual to see baboons moving around and feeding. Grooming each other, or playing. This scene was quite different. Each of the baboons was seated surrounding the fallen male, as though paying respects and reflecting on the loss. One by one individuals would approach the male and either spend a few seconds grooming him, or sniffing him, or just simply passing him by. This somber scene moved me deeply as we sat in silence in the dappled light of the muchenja’s and considered how structured baboon societies are. To read about such behavior in books is one thing, but to feel part of the emotions, even for a brief moment, really touched me.

Later that evening on passing the muchenja tree once more, under cover of darkness, nature had taken its course and a resident leopard had picked up the fallen male and carried him high up into the branches of a sausage tree, clear from the reach of the hyena which was lying in wait below.