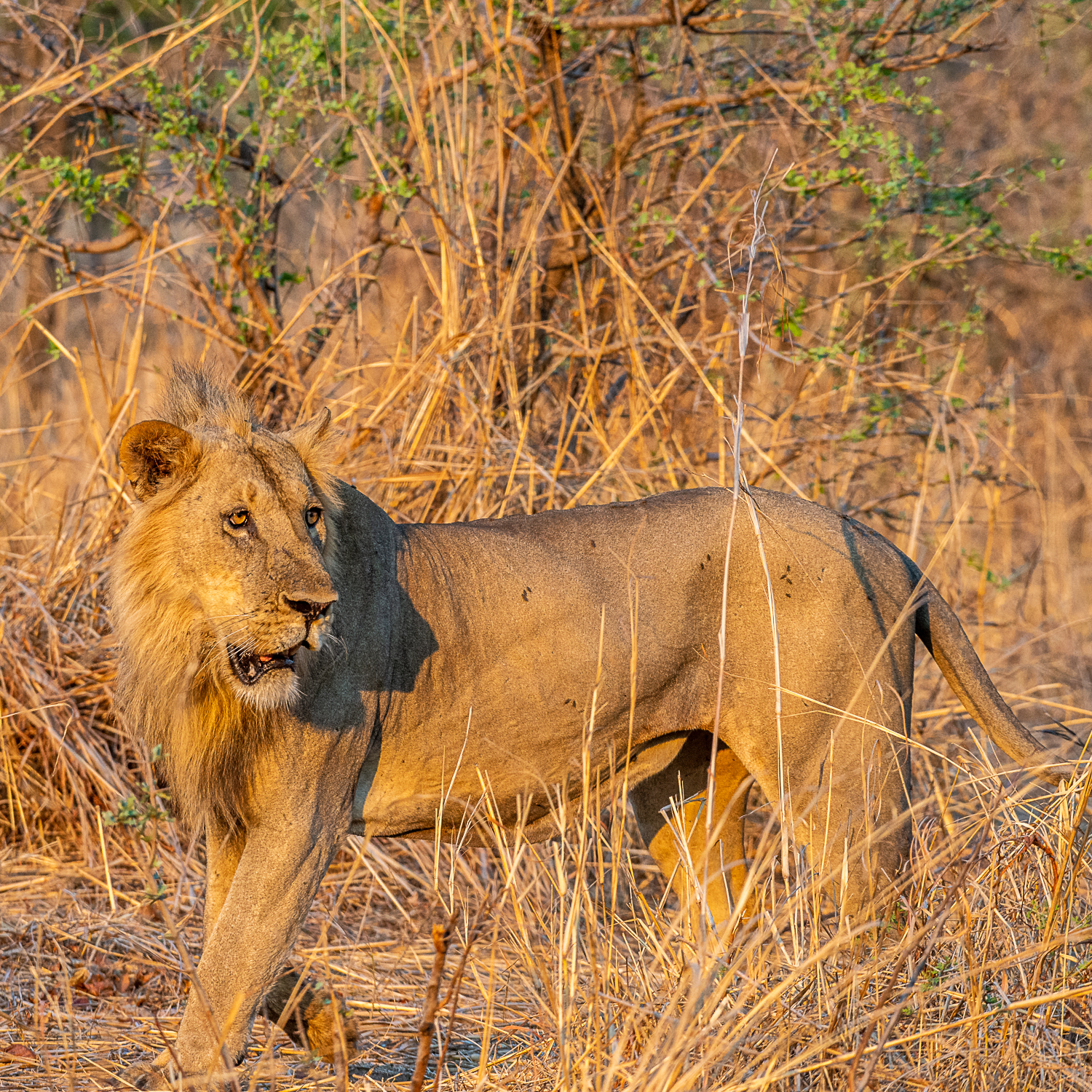 Yesterday morning we were treated to a testosterone-driven display. Hearing lions calling at night is a regular sound heard from most of our camps in the Luangwa Valley. But last night was particularly noisy. At sunrise around the breakfast we continued listening to the roars. I looked across the river, and saw a male lion briskly making his way through the grass and toward the river bank. In no time he had burst through onto the beach and was trotting directly toward our camp – very odd behaviour for a male lion, and particularly at this time of day.

He kept coming across the sand and made his way through the shallow river in the early morning light, not slowing to look behind him. It was at this moment that we realised that the continued calls that had been coming from the grassy plain across the river was in fact the agitated roars of three pursuing male lions.

I hopped into a game viewer to follow the lone male while everybody sipped down their coffee and finished their breakfast. He slowed his retreat from what was a clear invasion into the coalition males’ territory, but even though he slowed down he remained weary and looked back occasionally.

The lone male kept going steadily upstream and continued into the Nsefu Sector, where I left him to carry on alone. When I got back to camp i found that the game drives had all got off to a late start after everyone enjoyed the chorus of roars rippling across the river while the sun rose over the Luangwa Valley.