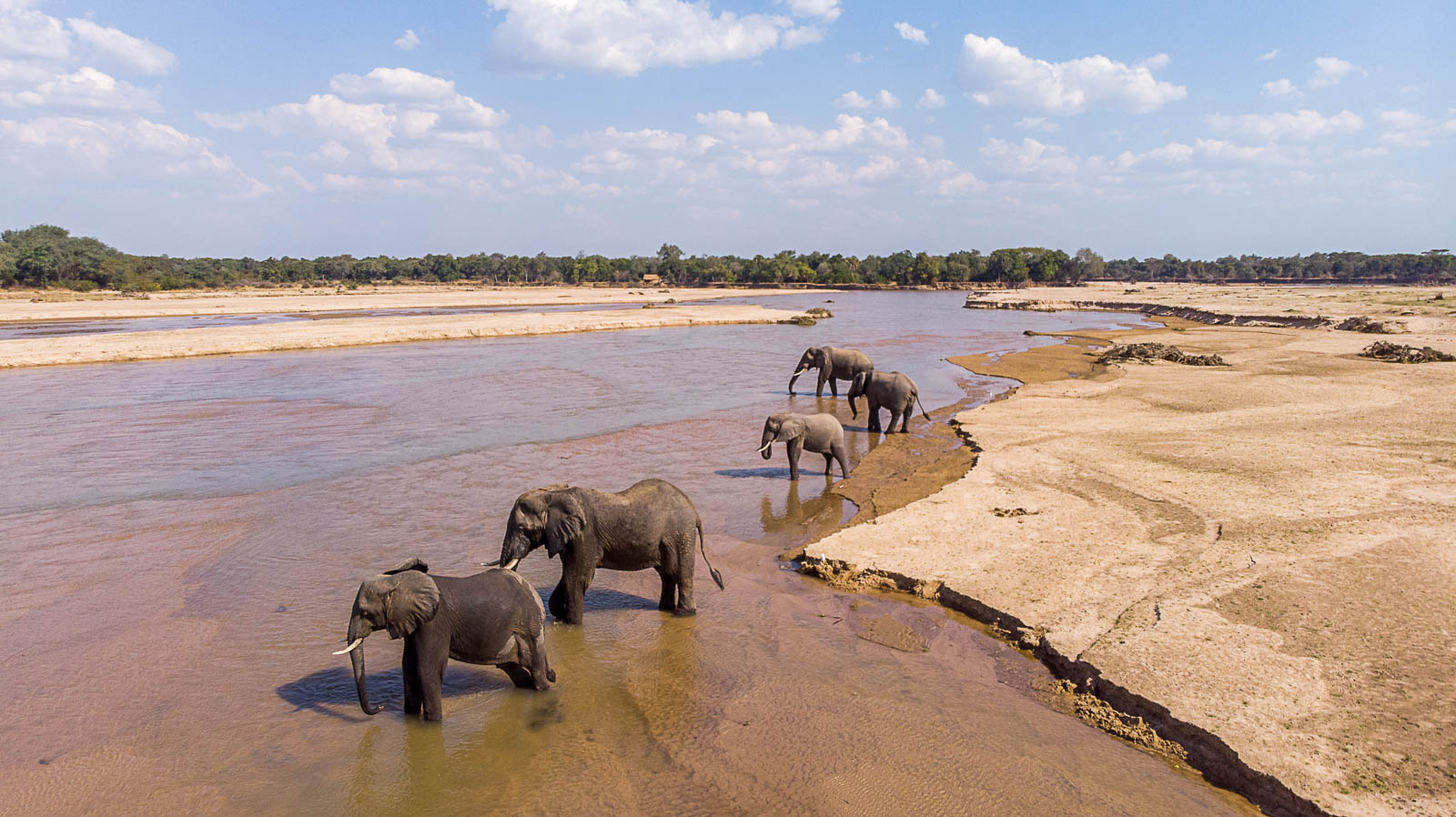 July in the Luangwa

Another unusual sighting this month was what can only be described as a baboon funeral. In a small ebony grove close to Tafika, a resident baboon troop was spotted mourning one of their members. We experienced dejavu as the scene played out again with another dead baboon in the same grove. We suspect a poisonous snake in the leafy canopies as the second victim was a female.

On a more positive note, the natural circle of life ensured the addition of several new troop members, including this very pale, and possibly leucistic baboon baby which spent many playful minutes entertaining one of the drives the other day.

Our resident leopards have been spoiling us with some lovely sightings and agile acrobatics from the treetops. Another spotty highlight for this month was a sighting of a serval kitten, this beautiful photo was taken by Graham Morgan during a night drive where this kitten posed perfectly.

The bigger herbivores are already starting to gather in numbers around the riverine area with some lovely family groups of elephants and buffalo herds gradually growing in numbers.

The big game inevitably attracts the bigger predators and the lion prides have been visiting us on both sides of the river in the South Luangwa. Up in MWALESHI, Stephen has seen lions a few times and even saw them attacking a buffalo.

Amon and Moffat have also had some great lion sightings on foot on the CHIKOKO TRAILS this month with a hippo kill being a highlight. The scavenging hyenas and vultures were even more entertaining than the lions!

With the cooler weather we’ve had some really nice CYCLING SAFARIS. At the moment we’re cycling along a riverine trail which then heads inland through an expansive mopane forest dotted with impressive baobabs.

There have been several festive VILLAGE VISITS with some families getting really hands on which was fun. One family took part in a football and netball game with another introducing some new skills to the village community with a display of rugby and break dancing.

We’re thrilled to have now opened Takwela Camp. The camp’s ideal setting at the Mwaleshi / Luangwa confluence is absolutely stunning with great views of the dozing hippos as well as grazing antelope and elephant on the opposite bank. Riverine forest surrounds the camp and game viewing area and with natural springs not far from the camp, there is a great diversity of habitat.

Alex Phiri headed up the building of the camp and has done a great job! The camp is small, intimate and remote with just two chalets with two double beds in each and an open plan sitenje.

Our ethos to remain eco friendly and as low impact as possible hasn’t changed with growth. Almost all of the materials were made or sourced locally, with the furniture even being made by our local Chasera carpenter and bricks being made from natural clay in the surrounding villages.

We were thrilled to welcome our friends and repeat guests, Christopher and Annie Chown as the first guests of Takwela Camp.

The jewel in the crown!

“We still love Tafika and will always come back if we can, but the arrival of Takwela has given us a totally new perspective on the beauty of Luangwa.

What a triumph! The camp is magnificent and it has been a privilege, not only to be the first guests there, but to be there at all!

Had we imagined for a moment that it would be like this, we would have booked for four days at least.  It does not matter that there are no major drives available yet or that a walk is not on “well beaten paths” – it is lovely.

Alex and his staff have it running very smoothly and happily. The chalets are excellent and the space in each one is very welcome.  Comfy beds – with duvets! – are excellent.”

We’re looking forward to expanding our game viewing trails in this area and continue exploring the wilderness of the beautiful North Luangwa.